The filling of the down duvet is mainly down, which grows on the abdomen of geese and ducks and forms reed flower-like down, and the flakes are called feathers. Since down is an animal protein fiber, it has higher thermal insulation than cotton (vegetable cellulose), and the down ball-shaped fiber is densely covered with thousands of small triangular pores, which can shrink and expand with the change of temperature, resulting in the function of temperature regulation. Absorb the hot air emitted by the human body and isolate the intrusion of cold air from the outside world.

One press: Relax and flatten the natural down duvet, let it recover naturally for three minutes, then press the quilt with your hand, and then release your hand, if it can quickly rebound and return to its original state, it is a good product. The faster the springback, the better the down quality. If there is no elasticity at all, the filler is likely chicken feathers or other long-haired flakes.

Second touch: Use touch and pinch to test the softness of the hand, whether there are complete small hair pieces or too large and thick long hair pieces, quills, etc. Such as soft and complete small wool pieces are authentic products.

Four kneading: Knead the quilt with both hands, if the plush is drilled out, it means that the fabric is imitation velvet and should not be purchased.

Five smells: close to the down duvet and take a few deep breaths, it is a good product without peculiar smell. Maintenance of the down duvet

1. The down duvet cover should be covered when used. If it has been stained, the down duvet should be sent to a dry cleaner for dry cleaning, while the general fiber quilt can be machine washed directly.

2. The fabric of the down quilt is treated with anti-down, and down will be drilled out of a small hole, so be careful when using it to avoid being cut by sharp objects.

3. Choose good weather, and dry the quilt in a well-ventilated place without direct sunlight. The best time is 10:00 am to 3:00 pm.

Cleaning of down duvets

(1) When cleaning cotton fabrics, detergents such as washing powder (do not use detergents containing bleaching ingredients) should be put into water first, and then put into cotton fabrics after they are completely dissolved.

(4) When drying the quilt, it is suitable to choose a place with ventilation and no direct sunlight, and the best time is from 10:00 am to 3:00 pm. It is best to remove the down duvet cover when drying.

(5) Removable decorations such as lace and pendants must be removed before washing.

What is the difference between a down duvet and pure cotton

The difference between a down duvet and a quilt is that a down duvet is a soft, flat bag filled with down, feather, cotton or synthetic material. A quilt is a thick quilted comforter, usually a rectangular comforter, with padding inside.

The main difference between a down duvet and cotton is that a down duvet is filled with feathers, down or synthetic fibers whereas cotton is a woven fabric. Down quilts are used as quilt coverings, while cotton can be used for a variety of purposes, such as clothing, sheets and towels.

A down duvet is a soft, flat bag filled with feathers, down or synthetic fibers used to cover the comforter. The down duvet is usually white and made of cloth. They usually have decorative stitching or quilting to keep the padding in place. Cotton is a woven fabric made from the fibers of the cotton plant. Can be used for many purposes such as clothes, sheets, towels, etc.

We are a Sino-US Joint venture company, which was founded in August, 2000, locates in the biggest down distributing center in the world, China Down Industrial Park, Xiaoshan, Zhejiang Province. The company founders have been in down and feather business over 30 years, specializing in all kinds of feather, down and down products. Alright is China's best feather manufacture! Kindly contact us for more information. 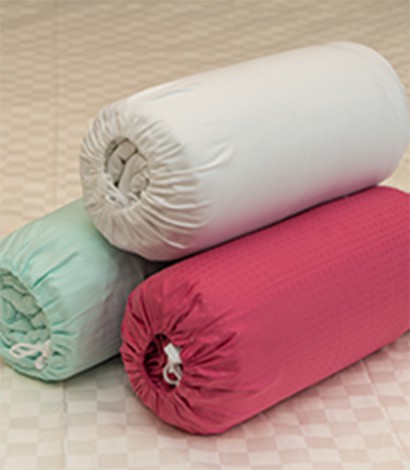 First, learn about our exclusive

Get in touch with us

We look forward to hearing from you

Want to be the first to know?
Follow us on social:

Your information has been sent to us, we will reply you shortly